In response to the new found realities of social distancing, including remote learning for students and working from home for many young professionals, Springtide™ Research Institute launched the  At Home Creativity Campaign. This Spring 2020 campaign invited young people ages 13⁠ to 25 in the United States to submit creative works responding to the prompt, “How are you finding connection and meaning in these days of physical distancing?”  The variety of submissions included creative writing, poetry, essays, visual art, films, original music, and photography. The top five pieces were selected by a panel of judges at Springtide and are featured in the At Home Creativity series within our  Voices of Young People blog.

To close out  this series, we  have a piece from one of  our current interns at  Springtide, responding to the same At Home Creativity prompt.

Here is a personal reflection from Emilie, 26, in Minnesota:

“Holding the Silence Together”

In Silver Linings Playbook, one of my favorite films, Pat reads A Farewell to Arms. He finishes it, swears, and promptly chucks it straight through his bedroom window. It’s  four o’clock in the morning, but after the crescendo of broken glass, he storms downstairs and wakes up his parents to break down the plot for them. “They’re going to be happy! But do you think he stops there? No! I mean the world is hard enough as it is, guys. Can’t somebody say, ‘Hey,  let’s be positive!  Let’s have a good ending to the story!’” I resonate with Pat’s frustration.  It’s a reminder that even after the struggle, when everything is set up for victory, Hemingway can write a different ending.

COVID-19 has cost me a few things so far: a regular sleep schedule, in-person classes, my job. However, as an introvert and a homebody, being quarantined hasn’t impacted my life very much. The most difficult part about it is not being able to see my dad. The two of us are a lot alike—we love the outdoors, being on the motorcycle, David Gray—but we aren’t people who like doctors, even when we’re hurting.

In the fall of 2016, I was set to hike Glacier National Park. A month beforehand, I fell down a set of concrete stairs at my dad’s. After finishing a cigar with my dad, I went to the ER, and they told me I fractured my wrist; the pain was so great that I didn’t even realize that I’d fractured my ankle as well until a few days later. I brushed off the ankle pain, as did the second doctor I saw at Urgent Care. They told me to wear a boot for a few weeks and I’d be fine. Well, I wore a boot, but it was a hiking boot. Four years later, and my right ankle still twinges when it rains.

My dad has been hit by a bus. He’s had his jaw wired shut, and a few winters ago he started having nerve pain in his shoulder after he tried to eradicate January ice from the driveway. When I ride with him, I can always tell when the pain starts to bother him—he’ll roll his shoulder as we fly down the freeway on his Harley. You might say the lesson here is that we should take better care of ourselves, and I agree, but there’s also a deeper lesson. No matter what hardships life throws at us—even my mom dying—we’re capable of achieving levels of happiness and satisfaction that eclipse the pain and grief. We just have to hang on.

As we social distance, Dad and I exchange texts at odd hours, as well as the occasional phone call. We tell each other about the house projects we’re working on (he’s redoing his downstairs bathroom; I’m putting up sheetrock in my attic) or talk about the last so-bad-it’s-good movie we watched on Netflix. If I hear his voice echo slightly on the other end of the line, I know he’s smoking a cigar in the garage, staring at his motorcycle. I miss him; under our umbrella of grief, it’s hard to distinguish absence from death.

My dad has taught me how to be a stronger person. He’s taught me that if  you’re staring death in the face, you might as well smile. We hold the memory of my mom close, and sometimes we talk about her. Sometimes we don’t talk about anything; it’s enough to hold the silence together, even on the other end of the line.

Springtide’s recent  Social Distance Study found that for many young people, sheltering in place and social distancing provoke fear and uncertainty, leading to increased levels of isolation, loneliness, and anxiety. This survey also found that the single most important way to mitigate loneliness is for trusted adults to reach out and connect with young people.

Although young people continue to find creative outlets even through the challenges of COVID-19, remember that our research confirms they still need trusted adults to reach out to them. Consider how you might connect to the young people in your circle of care by engaging their interests or encouraging their creative pursuits. 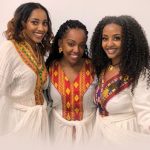 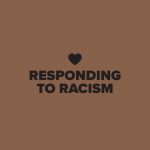 Responding to Racism: Resources from our Research Advisory BoardThe Tide