By Springtide
Posted January 24, 2023
In Diversity and Gen Z, Religion and Spirituality
11 stats on the religious and spiritual lives of non-binary young people 2023-01-242023-01-24https://www.springtideresearch.org/wp-content/uploads/2021/10/springtide-logo-r-400x.pngSpringtide Research Institutehttps://www.springtideresearch.org/wp-content/uploads/2023/01/012423-header.jpg200px200px

These stats reflect details of the religious and spiritual lives of the 503 people who identify as non-binary included in our 2022 data set. While some of these stats may seem like drastic contrasts, they’re reflecting the complex nature of being a young nonbinary person and how that experience shows up differently than their cis counterparts.

Reference: Curley, K. & Leon, R.A. (2019). Religious, secular and spiritual identities: What we know about the transgender and non-binary experience. Journal of Student Affairs, (28), 51-59. 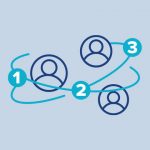 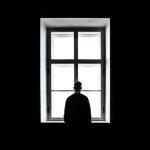