Authentic: Being Real, Even Online

Below is an excerpt from Meaning Making: 8 Values that Drive America’s Newest Generations. Follow along on the blog for more excerpts, check out the additional resources on our Meaning Making page, and buy the book here.

In some circles, authenticity is a buzzword. In the world of social media, it gets tossed around as a response to the filtered photos, preset backgrounds, undisclosed paid promotions, and other tricks that give the impression a person’s life is better, happier, or more adventurous than it really is. What can authenticity look like, especially in the context of relationships mediated through websites and apps?

A 2018 CNBC report asked young people about authenticity, and that survey—of women and girls ages 13–24—is largely consistent with Springtide findings on the same question, with a majority in their study confirming that “being true to their values and beliefs makes a person cool.” The article in which these statistics are reported goes on: “But they’re not so keen on celebrities: only 19 percent admire something or someone because they have a mass following.” Traditional celebrities, like Hollywood movie stars or pop musicians, retain a powerful status among several generations, but many young people are put off by what they perceive as impersonal and scripted personas among many celebrities.

One 16-year-old young woman interviewed for the CNBC report explained, “Whereas someone like Selena Gomez clearly has a team of people polishing her image and making her life look perfect, online personalities are allowed to be candid about their personal issues, making them a lot more relatable.” An “online celebrity” might be an average teenager with a great sense of humor on YouTube or stellar dance moves on TikTok. The point is, social media gives a chance to all people—celebrity actor, aspiring dog walker, local band teacher, or grandmother-of-two—to express themselves with creativity and originality, and to be “liked” by others for those reasons.

While filters (and other ways of masking what’s real) can muddle this value, social media is essentially a neutral platform that can either facilitate true and authentic sharing or avoid it. As we know from our research, young people are eager to do the former. And what other generations might think is a form of vanity, things like posting selfies or writing long captions about one’s inner feelings or struggles, is really a generational embrace of authenticity.

In fact, when it comes to selfies, young people are more likely to seize the opportunity for realness, “posting less-than-flattering selfies and relying on sassy picture captions over posed pictures and emojis.” It’s a way of practicing the value of authenticity and creativity, beginning with the very way a young person puts him or herself out into the world—literally. Rather than an act of vanity (or mere vanity), it’s a subtle but powerful rejection of anything too pretty, too shiny, or too filtered, that is, anything that smacks of being inauthentic.

Social media is predicated on the way these trends, including the trend of sharing authentically, can catch fire and travel the internet. But the dynamics at work in these spaces provide valuable lessons for other contexts, too. As a web of relationships amid strangers and friends, family and colleagues, deep connections and fleeting acquaintances, social media reflects the kinds of connections that already exist in the world. And the demand for authenticity in all these types of relationships is more than a buzzword. It’s a real invitation to take seriously the chance for sincere self-expression—whether in selfies or staff meetings—and by extension, to permit others to do the same.

Act on the Data: Take a cue from young people: take a selfie! But think bigger than your phone. Think about the value of authenticity first as a call for sincere self-expression, which permits and invites others to do the same. Is there a poem, song, or work of art that reflects you? How can you invite creative self-expression into your organization so that everyone can participate in and model the value of authenticity? 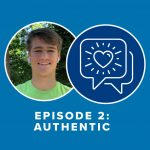 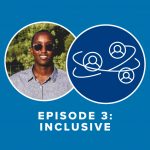