Young Sydney Catholics are sharing how their faith is growing stronger as a new report shows the effects of coronavirus social distancing on young adults.

Using the social media hashtag #benotafraid they reveal that that they are finding enforced physical separation isolation from their friends and study, sporting, faith and work communities difficult.

But they are finding new ways to develop a spiritual life through increased prayer, creative pursuits, the practice of gratitude, participating in online services and devotions and other uses of social media.

The initiative by Sydney Catholic Youth to engage people during the lock-down period echoes findings in the US study that while young adults are experiencing heightened levels of loneliness and isolation, their faith life is doing ok.

Among the 1000 respondents surveyed, 35 percent reported experiencing an increase of faith, while 46 percent had begun additional religious practices. However 50 percent of those who had watched an online church service also reported they had no one to talk to about how they are feeling, and 44 percent report felt isolated because no one had reached out to them.

Those surveyed for the study by the Springtide Research Institute were aged between 18-25. It described the cohort as one of the “most lonely and isolated generations that have ever existed”. 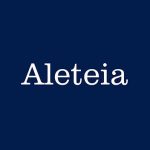 In the News: Over a Third of Young Adults See Increase in Faith Since Pandemic, Survey FindsIn the News 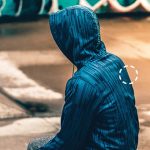 The Once and Future Crisis of Loneliness in Young PeopleResearch