Spotify as a religious metaphor? (Yes, go with it)

Spotify as a Religious Metaphor? (Yes, go with it)

A look at “faith unbundled”

You’ve probably heard us talking about “Faith Unbundled” – it’s a central concept in our State of Religion & Young People 2021 report. But if you haven’t had a chance to read it yet (sign up to receive a free download of the report the moment it comes out here!), we still want you in on the idea. It’s that important.

Our data are clear: young people are not turning to religious leaders, communities, practices, or beliefs in times of uncertainty or difficulty, though the majority of young people nonetheless identify as religious or spiritual. In other words, young people who identify as “religious” don’t necessarily participate in religion in the traditional sense. The majority are not accepting the whole “bundle” of rituals, practices, and beliefs that religious institutions offer.

So what is Faith Unbundled?

When we speak of faith in the report, we mean a person’s beliefs about the self, others, nature, and the transcendent, along with the practices and rituals that express belief.

When we describe faith as unbundled, we mean that religious young people are not relying on a single religious tradition or organization to form and inform their beliefs and practices. Instead, they mix together things from various traditions, religious and otherwise.

Faith Unbundled is a term to describe the way young people increasingly construct their faith by combining elements such as beliefs, identity, practices, and community from a variety of religious and non-religious sources, rather than receiving all these things from a single, intact system or tradition.

An analogy may help to illustrate Faith Unbundled. Think of how music streaming services like Pandora or Spotify unbundle albums: a person can enjoy specific tracks without buying the whole album. Someone can create their own playlists by “unbundling” a variety of albums and “bundling” songs from these many albums and artists to their liking rather than the musician’s original grouping. In essence, young people with unbundled faith will partake in religion, including practices, beliefs, and communities, to the degree that suits them, with no formal or permanent commitment.

To make this analogy more accurate, however, we’d have to imagine a way to add non-musical tracks to this personally constructed playlist. Young people aren’t just turning to religious institutions to construct the elements of faith.

Our data show that they are turning to nature, pets, music, friends, and more.

Because terms like religious life, inner life, and spirituality are commonly used interchangeably by those exploring faith, we will use them similarly when talking about Faith Unbundled. This is an effort to better reflect the conversations happening among young people as well as practitioners and religious leaders. 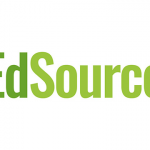 In the News: Twenty Years after 9/11, Muslim Students Still Need Our HelpIn the News