A new survey by Springtide Research Institute found that for many young adults, shelter in place and social distancing provokes fear and uncertainty, leading to increased levels of isolation, loneliness, and anxiety. The survey found that the single most important way to mitigate loneliness is for trusted adults to reach out and connect with young adults.

Springtide surveyed a nationally representative sample of 508 young adults aged 18–25. One in three (32%) of these respondents live alone. These solo dwellers report some of the most troubling data of this survey. Within this particular subset, six out of ten of those young adults report feeling very isolated, and nearly half say they feel scared and do not want to be alone. 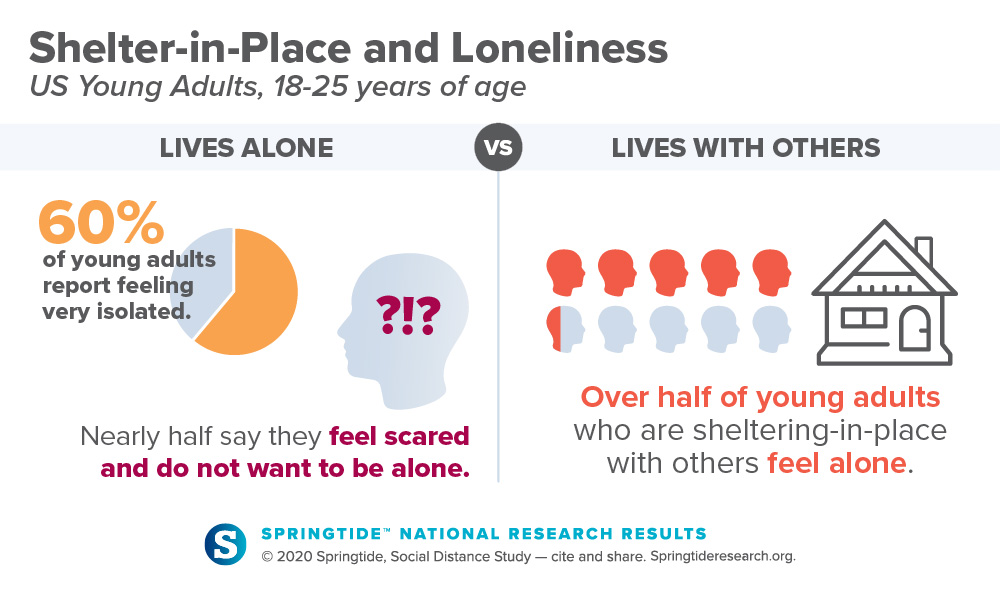 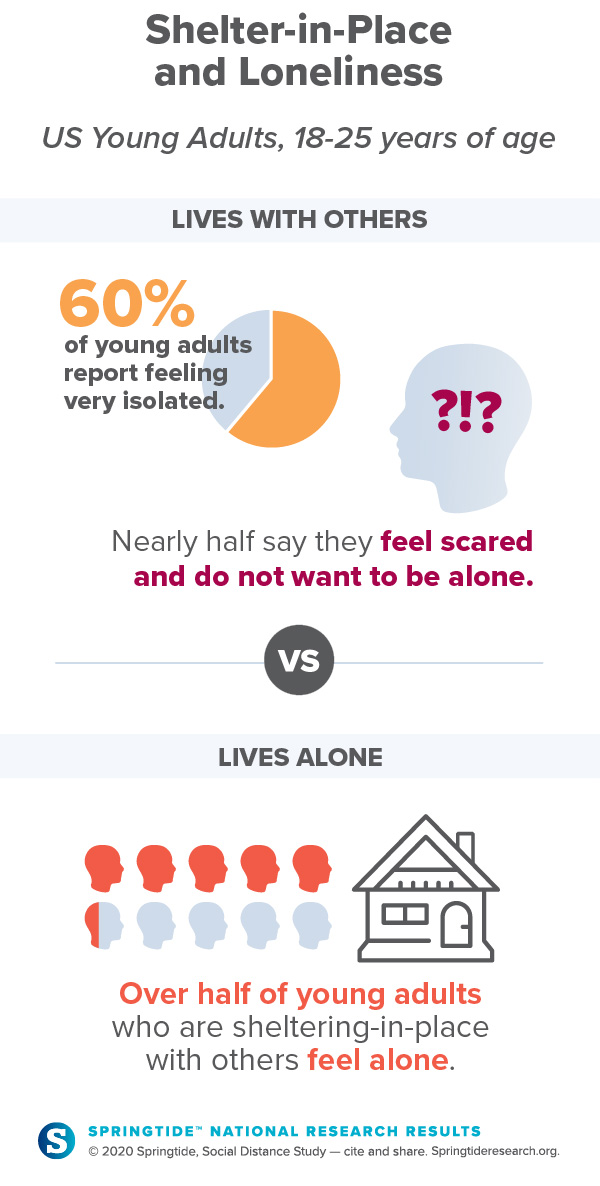 Yet, even among young adults who are sheltering in place with others, half of the participants say they feel alone. Many (39%) report their loneliness results from no one checking in with them.

The survey found that when a trusted adult outside their house connected with young people, nearly eight out of ten report feeling less lonely.

Of those adults who reached out to young people, the most common connection was family and friends (89%), followed by teachers/professors (5%), bosses (2%), and clergy or faith leaders (less than 1%). 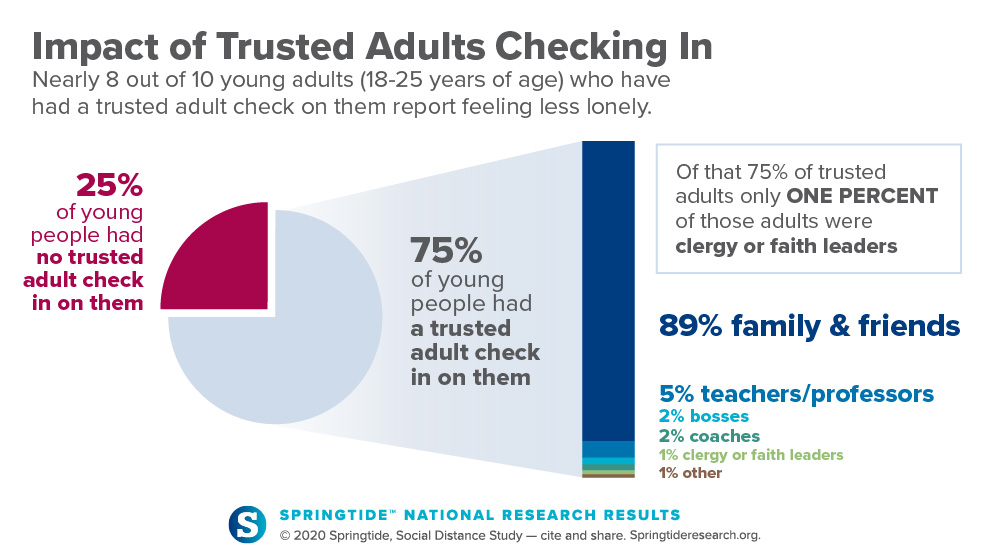 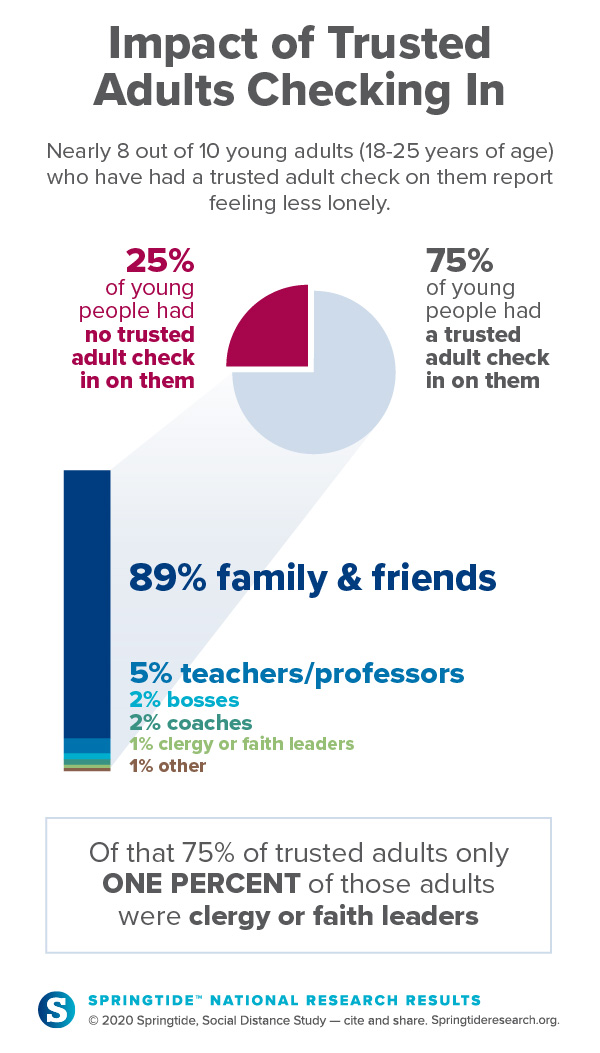 Effect on Faith and Religious Beliefs

During social distancing, the survey found that young adults are not experiencing a decrease in their faith. In fact, 35% report increased faith, while 47% report their level of faith staying the same. Almost half (46%) of respondents report having started new religious practices, and 43% have participated in at least one service online.

Seven out of ten people who watched an online service say that interacting with people, even virtually, makes them feel more connected. Yet, nearly half of those people still report feeling isolated because no one is reaching out to them individually.

Despite some young adults finding value in churches and religious or faith communities providing online rituals and virtual spaces during this time of social isolation, the survey found that what mitigates their experience of loneliness is the act of caring adults checking in and connecting with them.

The survey findings follow a 2020 Springtide study report, Belonging: Reconnecting America’s Loneliness Generation, which examined the effects of loneliness on a nationally representative sample of 1000 young people aged 13–25 across the US. Belonging found that 40% of young people feel as though they don’t have anyone to talk to, resulting in increased rates of extreme stress. 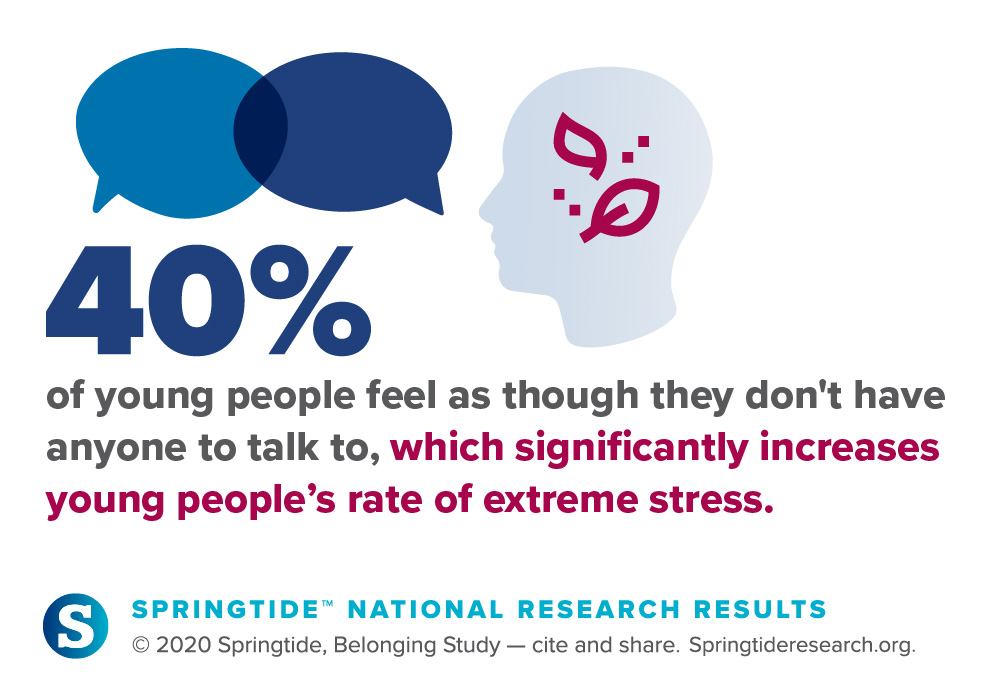 Data from Belonging indicates that unlike previous generations, affiliation with social groups and institutions, including churches and religious groups, does not significantly increase a young person’s positive feelings of belonging. This is due in part to eroding trust in institutions and a perception that certain traditional tools for connecting are ineffective. 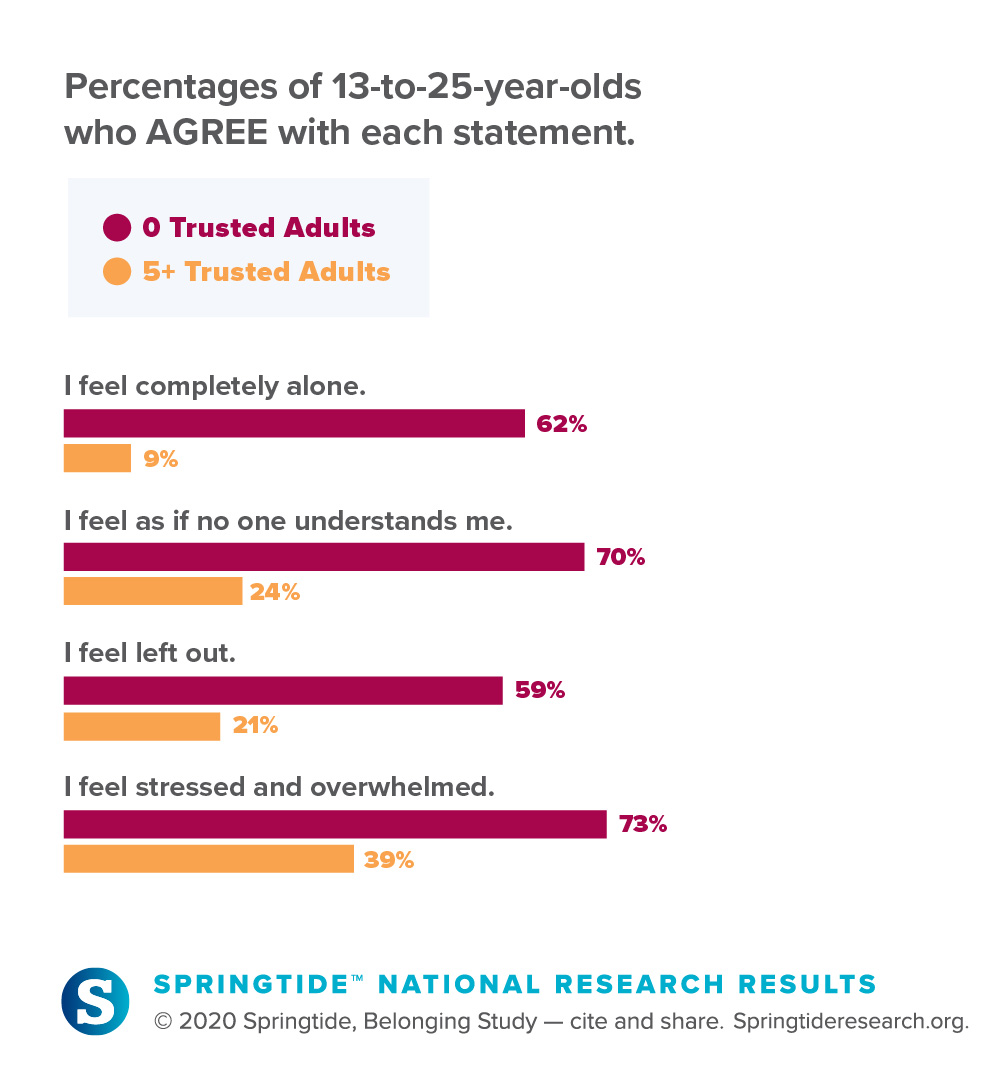 “We believe there is an urgency for those working with young people to understand the need to be connected during this time of social distancing. This is an important moment for spiritual leaders to do what is at the heart of their faith.”

Springtide Research Institute listens to the inner and outer lives of young people ages 13 to 25. We seek to help those who care about young people care better, by amplifying young people’s lived experiences through unbiased research and generation of evidence-based actionable insights. 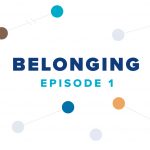