Faith Unbundled is a term for what might seem like the “cherry-picking” approach to Generation Z’s spiritual and religious affiliation. It is a phenomenon that has been present in my own life for years, though I didn’t previously have a title for it.

If it sounds arrogant or entitled—to essentially reverse-engineer religion and only take what rings true to oneself—I’d politely disagree. Because where some are skeptical of my approach to religion, I find myself skeptical of others’ ability to trust 100% of ANY religion’s doctrine, as if its practices are infallible. Human beings are instrumental to the formation of religion, and people are not perfect. If rules are made to be broken, then authorities were made to be questioned! Everybody is a little right (and often, a lot wrong) when it comes to the best way to live a life.

But this isn’t how I’ve always felt about traditional, organized religion.

In high school, I attempted to completely align with the Catholic church. I had incredible revelations, made beautiful friends, and experienced real joy. But for all those years of chasing what I thought was the right way to live, the primary thing that surfaced was internalized guilt and shame. This religious institution that I thought was saving me was poisoning me from the inside out. For my own health, I had to step away from its practices. The guiding lighthouse on the shore kept drifting further and further away, despite setting my course straight ahead. In my desperation, I grew bitter that for all my effort I never found myself on the safety of the shore. I wanted to identify as Catholic—to be Catholic—but my identity as a queer person was not validated by the church. So was I to leave part of myself to perish in the waves forever, or search for new horizons?

This reflection springs from the concept of “Faith Unbundled,” a framework introduced and explored in Springtide Research’s recent release, The State of Religion & Young People 2021: Navigating Uncertainty. I had a chance to read an early release of this and the whole time I read it, I kept thinking about Gen Z’s exposure and access to other lifestyles via social media. Unlike 20 years ago, “…we don’t live cut off from other systems of belief…” as the Dalai Lama puts it. Adults have less and less chances to omit certain (often counter-cultural) beliefs from the heads of young people; they have less control over shaping our view of the world around us. Young people today know: there’s not just “another side to the story” we’re told when raised in a given tradition, but thousands of other perspectives!

Having access to so many ways of seeing the world changes us. Our relationships with ourselves are enhanced. The center of our lives is redirected to our individual hearts. Instead of measuring ourselves against a system of belief, we measure those systems against ourselves—what makes us whole and human. And to be fair, at times traditional religions are capable of meeting an individual where they are—but often the teachings are too specific to account for the nuances of human experience.

Still, examples of happy, peaceful people exist under many different religious affiliations. Practitioners of various traditions use the internet as a platform to share their thoughts and lead by example. I used to think I’d never touch a tarot card because it’s “letting the devil into my body.” Now I watch spiritualists use their truth to bring others closer to self-fulfillment and wholeness with crystals, cards, and more. Other “answers” are visible. Glimpses of these other spiritualities show young adults and children one very valuable lesson: that many religions/spiritualities are seeking the same end. Exactly what that end is, I cannot say for certain. I still work to define and determine how to describe “the good life” myself. Self-contentment, peace, wholeness, or any other synonym could fill the gap for now. I think that, just like we now build the elements of our own faith schematics, so too do we define what that final destination might be.

Even after I decided organized religion wouldn’t be the best fit for my life, I never refused to recognize the benefits of traditional religion. It was, in fact, on a Catholic retreat where I realized that my mental health was suffering because of my refusal to acknowledge my sexuality. I craved so desperately to be “normal.” Slowly, I learned that the constrictions of practicing this religion did not justify the moments of joy. So, I learned what I could, and I moved on. I am grateful for what I could take with me from that lexicon of information and that formative period, and grateful, too, to leave those shores behind.

This reflection springs from the concept of “Faith Unbundled,” a framework introduced and explored in Springtide Research’s recent release, The State of Religion & Young People 2021: Navigating Uncertainty
Mat Blasio is a recent college graduate and a member of the Springtide Ambassadors Program.

Photo by Melina Kiefer on Unsplash 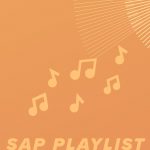 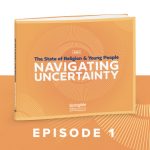