Br. Ernest serves as Vice President for Mission, Diversity, & Inclusion at La Salle University in Philadelphia, PA. Summarizing his life mission and goal, he quotes from Dr. Martin Luther King, Jr.: “The arc of the moral universe is long, but it bends toward justice.” Says Br. Ernest: “Situated in the Christian prophetic tradition, this notion is a guiding light for me.”

Previous assignments include five years in district leadership roles in Lasallian ministries and formation. Prior to that, he served as a teacher at three Lasallian secondary schools. At one, Central Catholic in Pittsburgh, PA, he was founding director of the David S. Baginski, FSC (Christian Brothers) Scholars Program, an interdisciplinary studies endeavor for honors-level students. Ernest is “actively involved in education and advocacy on human rights and justice issues.”

Among hobbies, he includes travel, “especially by train,” political and international affairs, and reading.

Ernest describes his role with Springtide as part of his “Lasallian commitment to the spiritual formation and personal development of young people.” 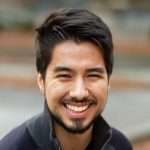