Dr. Angela Patterson is a media psychologist who specializes in technology’s effects on religious and spiritual development. A career communicator, Angela worked as a newspaper reporter and corporate/nonprofit communications professional for 13 years before earning her doctorate from media psychology from Fielding Graduate University.

Originally from Lubbock, Texas, Angela earned degrees in journalism from the University of Southern Mississippi and Indiana University before starting her career. While the written word will always be her primary passion, she describes her life mission as “using my gifts and talents to help people of all ages lead their best spiritual lives.”

Describing her involvement with Springtide, Angela says, “I’m grateful to be in a position where I can share the wealth of knowledge that Springtide provides with the people who need and want it most. I believe our young people are showing us a blueprint of how religion and spirituality may take shape in the future, and it’s exciting to be a part of documenting that and sharing it with the world.”

Angela lives in Dallas, TX, but is often traveling across the U.S. and abroad. When at home, she loves enjoying the Texas delicacies of barbecue and Tex-Mex or cooking up her own creations. 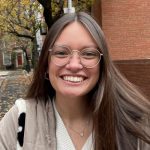 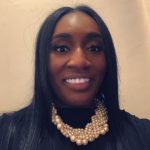