An experienced educator, writer, and data journalist, Kevin is responsible for overseeing media communications for Springtide, including preparing articles, press kits, press releases, and other content initiatives. He has written on nationally-representative religion and political data for The Washington Post, Religion News Service, Religion & Politics, Sojourners, Christianity Today, The Hill, The Independent, and more.

He’s passionate about the ways data and story can help increase knowledge and reduce stereotypes about different populations, and was drawn to Springtide for the incredible quality and quantity of research on the lives of young people. In a moment when so many leaders and educators want to speak persuasively to Gen Z, Kevin is excited to see Springtide become a research brand that others trust.

In addition to his role at Springtide, Kevin is Co-Founder and Director of Neighborly Faith, an organization promoting friendship between evangelical Christians and people of other faiths, as well as a part-time professor of religious studies at two community colleges. Kevin is married to Brittany and they have four young children. 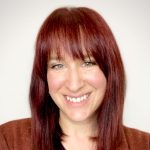 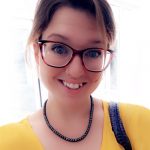