Rabbi Elan Babchuck is a rabbi and entrepreneur who spends much of his time exploring the rich intersections between these two traditions. He’s committed to leaving behind a world that is more compassionate, connected, and just than the one he found, and – in pursuit of that commitment – he is the Executive Vice President at Clal, the National Jewish Center for Learning and Leadership, and the Founding Executive Director of Glean Network, an incubator, and network for entrepreneurs who are building new models of faith in action, which partners with Columbia Business School.

He has incubated over 150 successful startups over the past 10 years and built four of his own during his 20 years of entrepreneurship. A sought-after keynote speaker, he publishes regularly on The Wisdom Daily, creates content for Ritual, contributed to Meaning Making – 8 Values That Drive America’s Newest Generations (2020), and is the co-author of Renewable Energy (2023, Fortress Press), a book exploring emergent leadership models for legacy religious organizations.

He also serves as: 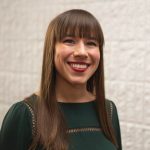