As a junior in high school, I have the joy of taking AP US History, a class that provides an extensive account of our nation’s history and early issues. One section of our class that particularly resonated with me explored the reasons behind the drastic decline in American piety at the start of the eighteenth century. Historians posed the question: “what caused this disconnect and lack of outward worship amongst citizens?” The same question seems relevant to our time.

What struck me is that the decline they were seeing was not a change in early Americans’ personal faith, but rather a change in the ways early Americans participated in organized religion. Even through this decline of traditional churchgoing rituals, the early Americans continued to hold their strong religious beliefs. Likewise, today, many young people still hold strong religious and spiritual beliefs, but the question is, why don’t they seek out connections and participation with organized religious institutions?

I think the answer lies in our widely diverse beliefs and unique experiences that make young people who they are. Today, young people have both significantly more exposure to different perspectives and agency to express them. We involve ourselves in many sectors of the world. Whether in school, through activism, a job, or other extracurricular activities, we choose to devote our time to things that we find great meaning in. Deciding where we stand with our religious or spiritual beliefs is no different.

Springtide’s data from the section of The State of Religion & Young People 2021 called “A Closer Look: The Disconnect” highlights an important truth—many young people feel as though their lives and their beliefs don’t align with many religious institutions and organizations. Young people are looking closely at what these institutions stand for, and for many, they aren’t willing to devote their time to organizations that don’t fully align with their beliefs. With a variety of other choices and communities that young people can involve themselves in, there is a feeling that there are better places to turn to when faced with uncertainty.

I don’t think spirituality and faith will ever disappear. Young people will always need something intangible to believe in, something that brings them the guidance they so desperately need. For young people, this need for peace and stillness is taking new forms. Worship and acts of spirituality can be done in the seclusion of a bedroom, in the quietness of nature, or even among a small group of friends. The beauty of spirituality is that it can truly be done anywhere, and the most important element is that it personally resonates with each individual. The challenge for religious organizations is to demonstrate to young people that they are capable of understanding their lives and beliefs, and creating an inclusive environment for people to engage in.

Photo by Chris Liverani on Unsplash 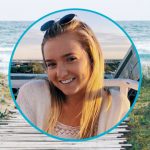 Meet our Writer in Residence, Hannah Connors!Voices of Young People 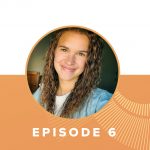