The greatest gift that 2022 has given me

Remarkably, I write this from a privileged and very blessed place. 2022 was no more than an average year in terms of accomplishments and great life events. I did not graduate from anything, I did not start a new job, I did not announce a proposal or a pregnancy, I did not have a milestone birthday, either. 2022, however, gave me something I had been searching for throughout most of my life: answers.

For many years, I have known that I am not neurotypical, but I never had any explanation as to how I was neurodivergent. There has always been something working abnormally within my brain, something without a name that left me feeling fragmented. I had searched for this name long and hard with many therapists, circles of friends, even self-help books. It was not until I came across a YouTube video posted by a young medical student speaking of her own recent diagnosis that I even questioned it myself. 2022, the 24th year of my life, was the year I finally got my diagnosis: ADHD.

Researchers say ADHD in adults is likely underrecognized as it was formerly believed that ADHD was only prevalent in childhood and does not carry on into adulthood.  Although ADHD is thought to be more common in boys than in girls, girls tend to be diagnosed with inattentive-type ADHD, formerly known as ADD. This is the type of diagnosis I received.

ADHD runs in males in my family, and I had none of the symptoms they experienced. I had always excelled at academics and was able to juggle (far too) many responsibilities in both high school and college. It was not until I heard the clinical criteria for diagnosis that I actually wondered if I could have it. My ADHD displays as terrible – and I mean almost excruciating – procrastination of crucial tasks, inability to focus on one task at a time, often getting distracted with another task and forgetting the first, needing to have another form of mental stimuli such as music or television shows playing in the background to focus on my work, misplacing every single important item in my possession at least weekly, forgetting scheduled appointments; etc.

While I like to think I am not nearly as involved in social media as some of my other Gen Z counterparts, I would have never thought to ask my doctor about ADHD had it not been for that YouTube video. Had it not been for the ADHD-focused TikTok or Instagram accounts I subsequently followed (shoutout to Olivia Lutfallah on Instagram and  TikTok), I may have never truly put together how some of my quirks and habits are symptoms of ADHD. This is not only the year I received my diagnosis but was also surprisingly led there thanks to the tech-savvy, social media-obsessed world in which we live. In more ways than one, 2022 gave me answers about myself. 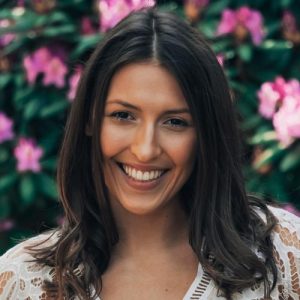 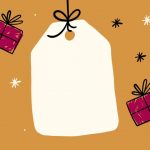 What’s the Greatest Gift 2022 Has Given You? Springtide Staff 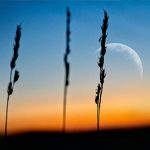 When Transitions Are A Gift Voices of Young People