In the News: Youth Are Voting in Historic Numbers. We Should Listen.

Springtide Research Institute was recently featured in Real Clear Politics. This article, Youth Are Voting in Historic Numbers. We Should Listen, by Kevin Singer, is reprinted in part below, but we encourage you to visit their site to read the piece in its entirety.

I have had very few healthy political conversations in my lifetime. They’re all just—nobody wants to listen. They just want to talk. Corey, 21, told Springtide Research Institute in a newly released study on politics and young people.

Like many in Gen Z, Corey wants to participate in more civilized political discourse than Americans are used to seeing now. Springtide found that 81% of young people (ages 13-25) believe it is important to understand both sides of a political issue, 84% agree that educating oneself about the views of others is important, 77% want to have open conversation about differences, and only 32% would stop talking to someone who strongly opposes their political values. 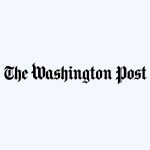 In the News: Six Ways Adults Can Help Children Make Sense of a Divisive ElectionIn the News 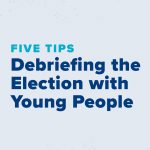