Springtide Research Institute employs both qualitative and quantitative research as it explores and reports about how young people are seeking and finding meaning and connection in their lives. As we report findings and host critical conversations around these topics, one goal is to use language that is clear, precise, and considerate. We respect that there will be a range of popular understandings, connotations and denotations, attached to many of the key words we use, and sometimes those understandings and assumptions may differ with the meanings we intend.

For this reason, a short glossary of some key terms for our work follows. This glossary is organized comparatively rather than alphabetically, so that terms with related meanings may better inform each other.

Religion: For many, religion immediately suggests institutions and dogma. There will be occasions when such an understanding matches our intent. “Catholicism is a religion with a long and colorful history.” “Hinduism is better understood as a culture and a way of life than as a religion.” For others the word religion may suggest two Webster definitions for the term: “the service and worship of God or the supernatural; commitment or devotion to religious faith or observance.” Still others may consider religion a way to categorize the beliefs, rituals, creeds, commitments, or practices that a community performs or professes together.

Springtide’s use of the word religion does not exclude any of the above. However, we also intend a still broader understanding, one akin to Webster’s fourth definition, i.e., “a cause, principle, or system of beliefs held to with ardor and faith.” Thus, for many young people today, environmentalism or LGBTQ+ rights or even CrossFit may have the status of religion in their lives, a cause or activity practiced with an ardor comparable to “the service and worship of God” more commonly associated with institutional traditions.

Spirituality: A broad concept, with many perspectives, spirituality typically implies a belief in something larger than oneself, and engagement with transcendent questions such as on the meaning of life. Spirituality relates to the interior life or soul; the unique and unrepeatable essence of a person’s being. For example, “He has been keenly interested in spirituality since he was a child, asking questions such as what comes after we die, or what’s the moral response when we discover we’ve been lied to.”

There often is also a community aspect to spirituality, in that while it is unique to the individual, it also provides a source of connections to others, including to the created world.

Religion may encompass spirituality, as in the following example: “A strong advocate for practicing religion in public spaces, his own brand of religion included an emphasis on spirituality over seeking material comfort.”

All the above understandings will occur in Springtide conversations, as appropriate.

Young people: will be Springtide’s preferred term for referencing ages 13–25, the demographic that is our primary concern. Springtide Research Institute has been conceived and organized in response to the religious longings and desire for meaningful belonging among these young people.

Why these age parameters? The low end represents the time at which many, if not most, major religious structures recognize rites of religious passage (confirmation, bar/bat mitzvah, etc.). On the upper end, it is the age at which the majority of people are indisputably independent. That is, both culturally and actually, most people are operating as if, and being expected to act as if, they are on their own.

“Young people” also provides a much clearer image than the much more general “youth,” which is better used to define a quality than an age (“He has both the energy of youth and the wisdom of age”).

There is also a level of respect accorded in making “young people” a description, first and foremost, of people, their age being secondary but nonetheless also important in certain contexts (“Many young people have questions about the future that some older people may already have resolved for themselves, such as what level of formal education they want to pursue”).

Youth: This term we will use sparingly and only with obvious necessity, such as, “He enjoyed running in his youth but the cost at age 50 had become two bad knees and a sore back.”

Religious longings: The religious longings and the desire for belonging experienced by young people today are profound—but also fundamentally different from those of previous generations. Springtide has a mission-defining interest in how young people are dealing with life’s most important questions, how they are making sense of their lives, how they are seeking to identify in communities of connection, how they are reconciling the unresolved discrepancies of their lives, and how they pursue and perceive they are pursued by sacred, spiritual or divine impulses.

All this and more describes what Springtide understands as the felt and often expressed religious longings of young people.

Religious belonging: As young people seek to ponder, discuss, and sometimes resolve the ever-present, ever-evolving religious longings that characterize all human beings, they do so in contexts of “religious belonging.” Such communities of belonging may be digital, virtual, casual, expressly religious or spiritual, multigenerational, recreational, and so on. They may include institutional religious belonging, but they are not restricted to it. Religious belongings relates to a deep, foundational desire for community, especially for the way community clarifies and refines personal identity and purpose, often in the context of relationship and shared understanding, experience, and purpose.

Religiously neutral: Springtide’s research and reporting is not determined by, nor does it reflect, either the social or doctrinal understandings, positions, or commitments (catechetical, pastoral, social, or other) of any religious or spiritual institution, affiliation, or community. Springtide also is not opposed to any religious or spiritual institution, affiliation, or community. We are an independent research institute committed to scientifically rigorous research on religion and young people, reported in an accessible and engaging manner. As part of our reporting on the state of religion and young people, we also communicate the stories of representative young people, leaders (both secular and religious), and others in similarly unbiased, accessible, and engaging fashion.

Partnering organization: Springtide is a “partnering” organization. By this we mean that we work in collaboration with other, similarly convicted individuals, organizations, institutions, and communities. Our partners reflect diverse beliefs and mission—religious, spiritual, social, and other. We have in common our commitment to creating spaces and providing insights that inform and facilitate religious and cultural leaders as they seek to engage with young people in meaningful and actionable ways. We also have in common with our partners the accurate and respectful sharing of the stories of young people, with appropriate approval, in a way that is informed by nonjudgmental, deep listening, and in a manner respectful of all. 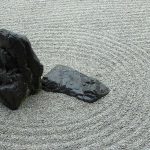